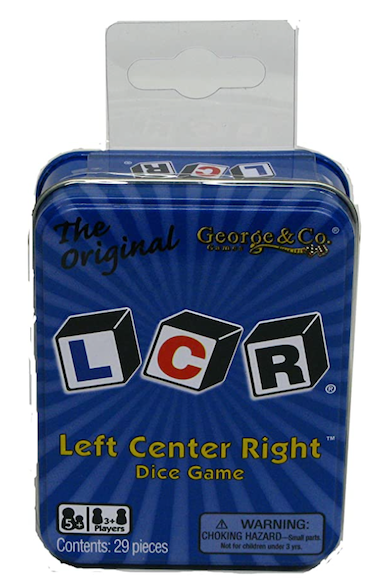 LCR aka Left Right Center is fun, fast-moving dice rolling game that almost anyone can play.

Like slot machines or Bingo, LCR requires no skill or decision making of any kind. However similar to those games, Left, Right, Center is simple to play and provides plenty of excitement.

How To Play: Left, Right, Center

Players take turns rolling the dice , passing them in a clockwise direction.

The first player rolls the three Left Center Right dice and what happens next is determined by what the dice reveal.

During the LRC dice game, players with just one or two tokens left only roll that many dice and do what the reduced number of dice dictate.

Players with no tokens are not out of the game!

If a player does not have a token then the person passes on their turn to the next player.

If the player is lucky then they may have an opportunity to earn some tokens back.

On s side note, some people may choice to play with quarters or dollar bills instead of tokens.  There is no wrong or right way to play; just have fun!

The Elkcip Retriever Is A Must Have If You Play Pickle Ball.

HOW TO REPORT DEON HOLLOWAY OF RANCHO CUCAMONGA

Review of Ultimate Window and Door of Rancho Cucamonga, California

The Elkcip Retriever Is A Must Have If You Play Pickle Ball. 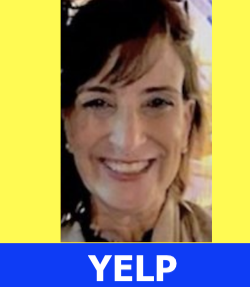